Confusion Matrixes are essential for evaluating classifiers, but for some who are new to them, they can cause, well, confusion.

Sankey Diagrams are an alternative way of representing matrix data, and I’ve found some people – who are new to matrix data, like business domain experts who are not experienced data scientists – find them easier to understand. Also, some machine learning researchers find Sankey diagrams useful for analysing data and classifiers.

So, I have posted simple code for visualising classifier evaluation or comparisons as Sankey diagrams. Maybe it will be useful for others, as well as fun for me.

The code combines large portions of Plotly Sankey Diagrams with essence of scikit-learn confusion matrix and a lashings of list comprehension code golf.

The scenarios supported are:

See the code on Github. 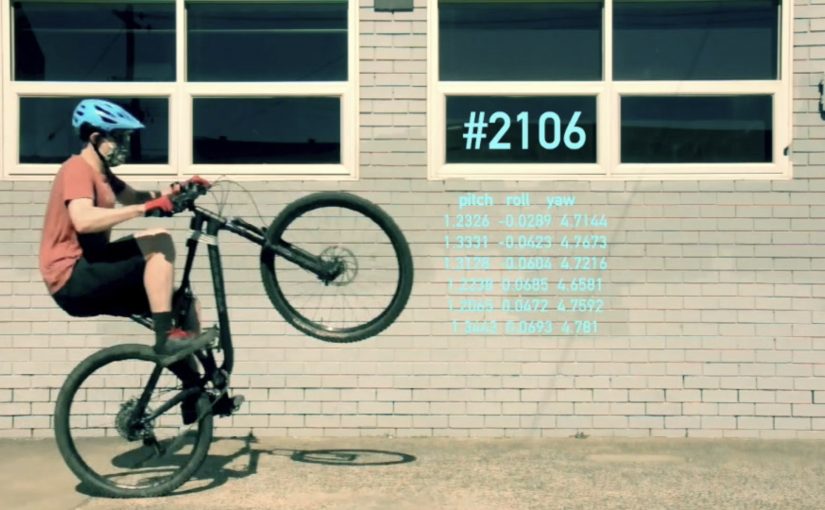 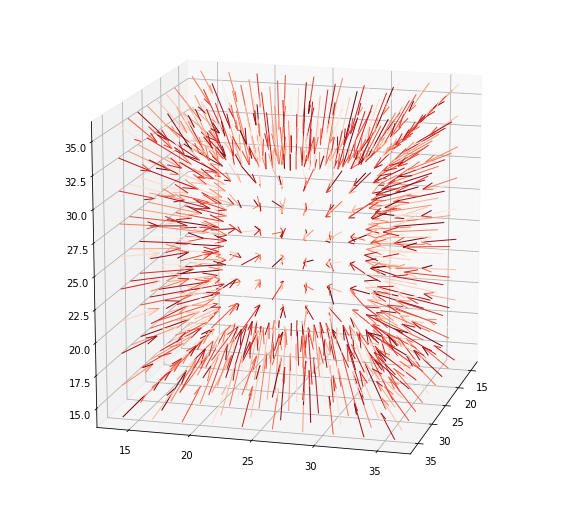 Time to make for a home for those occasional mathematical coding curios. I’ve kicked off with an analysis, using various Numpy approaches, of the gravity field around a square (or cubic) planet, inspired by a project my children were working on.

If you’ve ever wondered, this is what gravity looks like on the surface of a square planet (20 length units long, arbitrary gravitational units) …

I imagine I’ll add to this over time. The bulk of learning to code for me through high school involved mathematical simulations of all kinds: motion of planets under gravity, double pendulums, Mandelbrot sets, L-systems, 3D projections, etc, etc. All that BASIC (and some C) code lost now, but I’ll keep my eye out for more interesting problems and compile them here.

See also ThoughtWorks “Shokunin” coding problems of a mathematical nature that have piqued my interest over time: 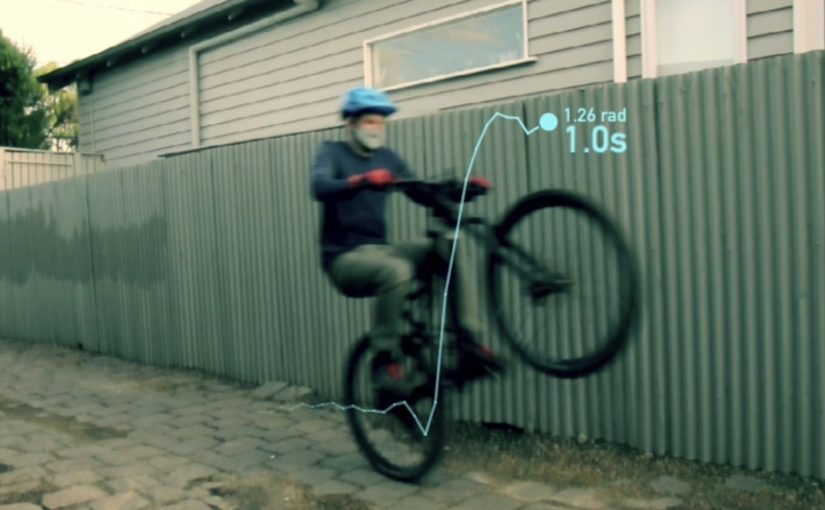 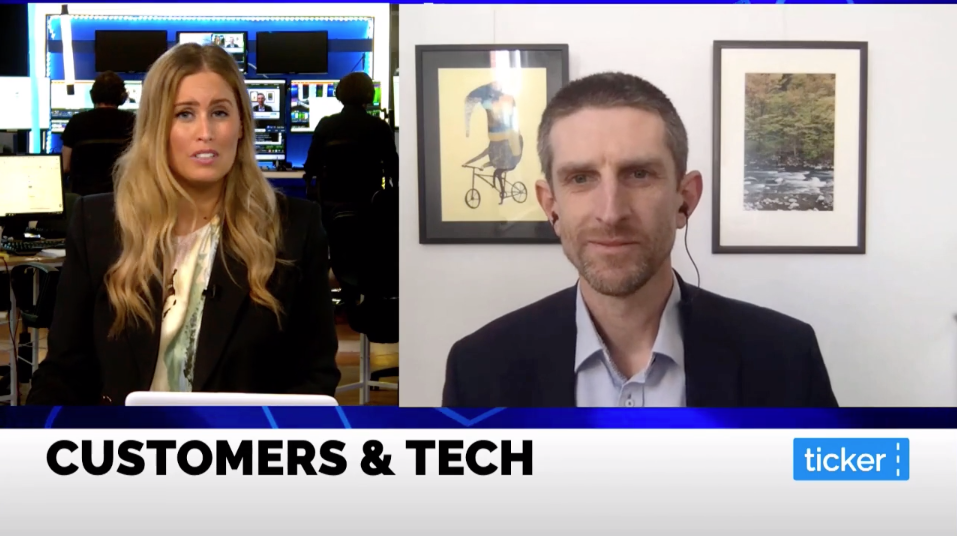 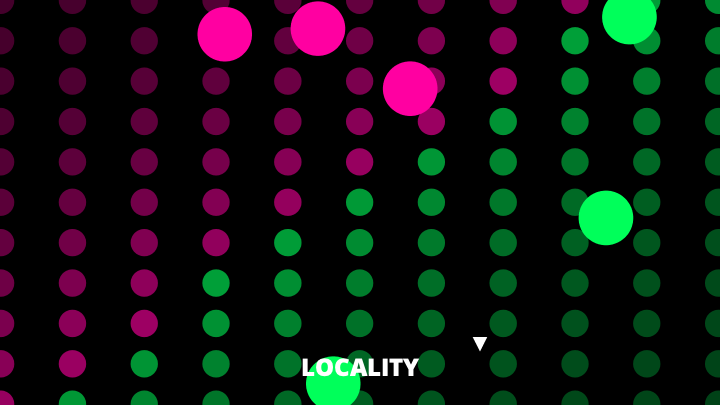 I produced some ambient visualisations as background to short talks on the topic of Interpreting the Black Box of ML from ThoughtWorks Technology Radar Volume 21. The talks were presented in breaks at the YOW Developer Conference.

Here are my speaker notes.

The theme I’m talking about is Interpreting the Black Box of ML.

It’s a theme because the radar has a lot of ML blips – those are the individual tools, techniques, languages and frameworks we track, and they all have an aspect of interpretability.

I’m going to talk first about Explainability as a First Class Model Concern.

ML models make predictions. They take some inputs and predict an output, based on the data they’ve been trained on. Without careful thought, those predictions can be black boxes

For example – predicting whether someone should be offered credit. A few people at the booth have mentioned this experience – [the] black box algorithm thinks I deserve 20x the credit limit [my wife] does – and the difficulty in getting an explanation from the provider [this was a relevant example at the time].

Elevated to a first class concern, however, ML predictions are interpretable and explainable to different degrees – it’s not actually a question of black box or white box, but many shades of grey.

Interpretable means people can reason about a model’s decision-making process in general terms while, explainable means people can understand the factors that led to a specific decision. People are important in this definition – a data scientist may be satisfied with the explanation that the model minimises total loss, while a declined credit applicant probably requires and deserves a reason code.

And those two extremes can anchor our spectrum – at one end we can explain a result as a general consequence of ML, at the other end explaining the specific factors that contributed to an individual decision.

As dimensions of explainability , we should consider:

Considering model selection – a decision tree is intrinsically explainable – factors contribute sequentially to a decision. A generic deep neural network is not. However, in between, we can architect networks to use techniques such as embeddings, latent spaces or transfer learning, which create representations of inputs that are distinct and interpretable to a degree, but not always in human terms.

And so model specific explainability relies on the modelling technique, while model agnostic techniques are instead empirically applicable to any model. We can create surrogate explainable models for any given model, such as a wide network paired with a deep network, and we can use ablation to explore the effect of changing inputs on a model’s decisions.

For a given decision, we might only wish to understand how that decision would have been different had the inputs changed slightly. In this case we are only concerned about local interpretability and explainability, but not the model as a whole, and LIME is an effective technique.

As broader business concerns, we should care about explainability because:

And explainability is closely linked to ethics, and hence the rise of ethical bias testing.

There is rising concern that powerful ML models could cause unintentional harm. For example, a model could be trained to make profitable credit decisions by simply excluding disadvantaged applicants. So we’re seeing a growing interest in ethical bias testing that will help to uncover potentially harmful decisions, and we expect this field to evolve over time.

There are many statistical measures we can use to detect unfairness in models. These measures compare outcomes for privileged and unprivileged groups under the model. If we find a model is discriminating against an unprivileged group, we can apply various mitigations to reduce the inequality.

These are just two examples of more than 70 different metrics for measuring ethical bias. Choosing what measure or measures to use is an ethical decision itself, and is affected by your goals. For example, there is the choice between optimising for similarity of outcomes across groups or trying to optimise so that similar individuals are treated the same. If individuals from different groups differ in their non-protected attributes, these could be competing goals.

To correct for ethical bias or unfairness, mitigations can be applied to the data, to the process of generating the model, and to the output of the model.

As for explainability, the process of removing ethical bias or improving fairness will likely reduce the predictive performance or accuracy of a model, however, we can see that there is a continuum of tradeoffs possible.

What is What if

I mentioned tooling is being developed to help with explainability and ethical bias testing, and you should familiarise yourself with these tools and the techniques they use. One example is the What if Tool – an interactive visual interface designed to help you dig into a model’s behaviour. It helps data scientists understand more about the predictions their model is making and was launched by the Google PAIR lab.

But by themselves tools like this won’t give you explainability or fairness, and using them naively won’t remove the risk or minimize the damage done by a misapplied or poorly trained algorithm. They should be used by people who understand the theory and implications of the results. However, they can be powerful tools to help communicate, tell a story, make the specialised analysis more accessible, and hence motivate improved practice and outcomes.

The radar also mentions for the second time CD4ML – using Continuous Delivery practices for delivering ML solutions. CD in general encourages solutions to evolve in small steps, and the same is true for ML solutions. The benefit of this is that we can more accurately identify the reasons for any change in system behaviour if they are the result of small changes in design or data. So we also highlight CD4ML as a technique for addressing explainability and ethical bias 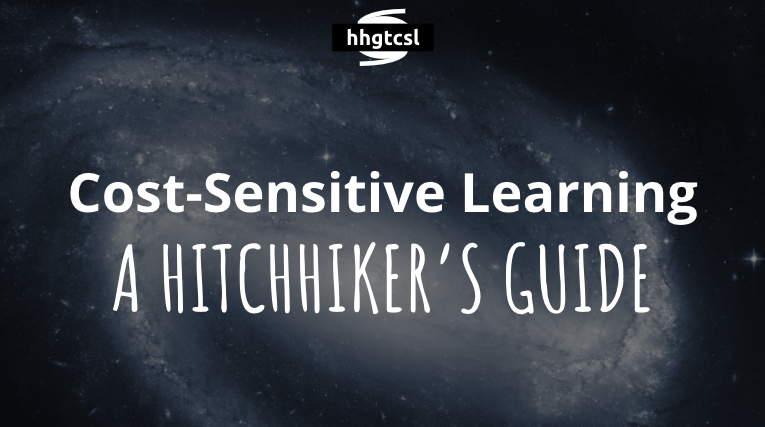 Typically prediction is about getting the right answer. But many prediction problems have large and asymmetric costs for different types of mistakes. And often, the chance of making mistakes is exacerbated by training data imbalances. Cost-Sensitive Learning is the range of techniques for extending standard ML approaches to deal with imbalanced data and outcomes. Cost-sensitive predictions will instead favour the most valuable or lowest risk answers.

I presented Cost Sensitive Learning – A Hitchhikers Guide at the Melbourne ML/AI Meetup.

IT was great fun presenting some novel business data visualisations on the impressive hardware at Curtin Hive. I just found this video from the 2014 presentation – check out “The Matrix” on the 3m x 8m cylindrical display! 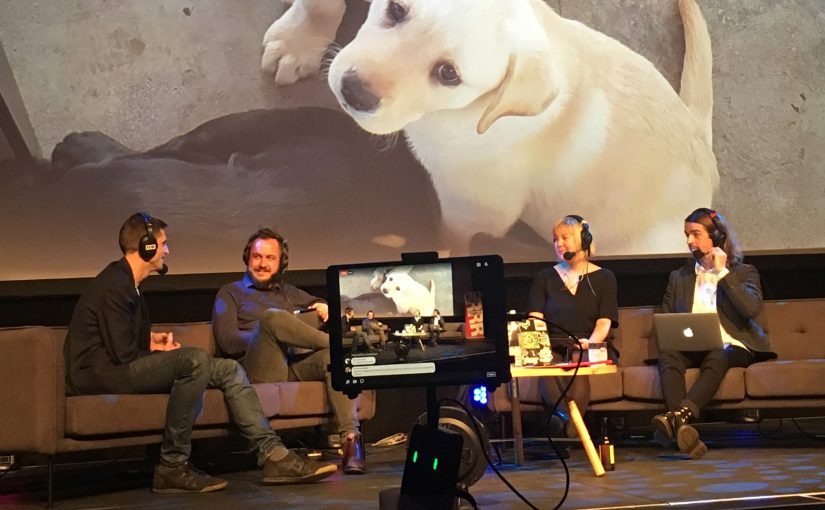