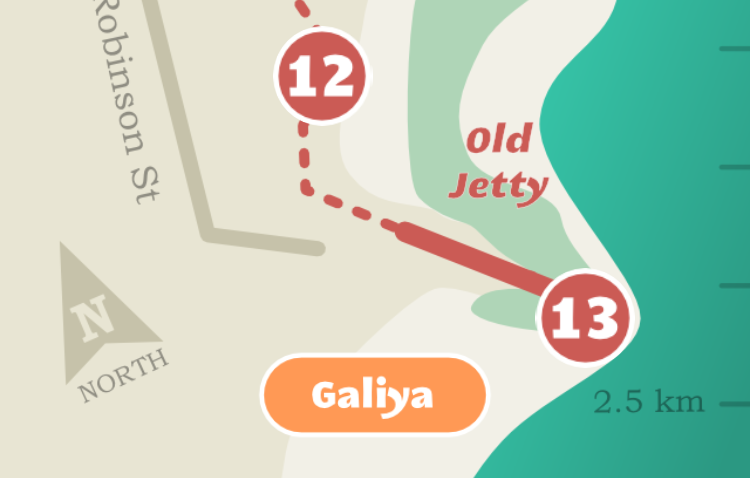 I released an app 🙂 – for iOS and Android.

I had fun working on the interaction and visual design challenges under the constraints, and I think the key successes were:

My colleague Nathan Jones laid the technical foundations – Phonegap/Cordova wrapping a static site built by Middleman and using CoffeeScript, knockout.js, HAML, Sass and HTML5/Cordova plugin for media. He later went on to extend and open-source (as Jila) this framework for the Yawuru Ngan-ga language app. Most of the development work by Nathan and me was done in early 2014.

While intended to be used in Broome (and yet another reason to visit Broome), the app and its beautiful stories can be enjoyed anywhere.