It’s been great to be working with Nick from Agile Board Hacks, and contributing some material to the site!

Feature Burnup Charts are on the Cards presents a technique for “zooming in” from program level to feature level.

Stand-Up Heat Map shows what happens when a team is not organised around a single objective. 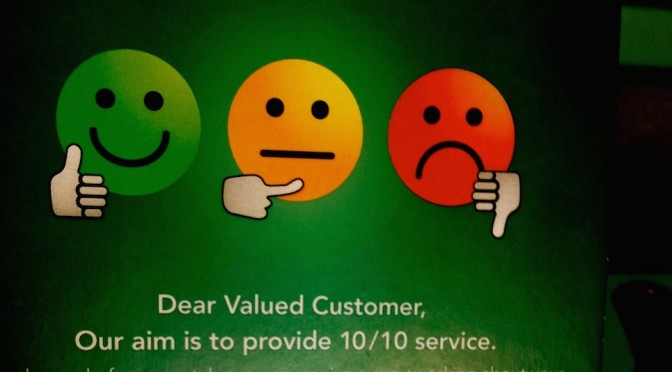 Net Promoter Score™ (NPS) is a popular method for evaluating customer loyalty. It has its own promoters and detractors, but it is widely used. If you are using it, or plan to, these visual tools might help you understand better what an NPS value means.

Try it out for yourself. Set the NPS value (from -100 to +100) by clicking/tapping the NPS slider and see the distribution of promoters and detractors. Note you can also explore the effect of the assumed number of neutrals, something a single NPS figure doesn’t tell you.

Tufte might argue the dimensionality of the visualisation (basically 2D, though it’s really 1D wrapped around again and again) exceeds that of the data (1D proportion of promoters, neutrals and detractors). However, I thought 1,000 customers was a good number to use in this context, and wrapping was the only way to compactly show all those customers. Leave your thoughts in the comments, or adapt the source, if you’ do things differently.

Don’t Ever Use Average Satisfaction Score

Satisfaction Scores (“Sat Scores”) are the raw data collected from customers. It’s tempting to reason about NPS with the average of these sat scores because it’s easier to calculate in Excel™ than NPS. If you are tempted, just remember: you may look like an ASS if you use Average Sat Score. Why is Average Sat Score flawed? See below.

The Maths of NPS