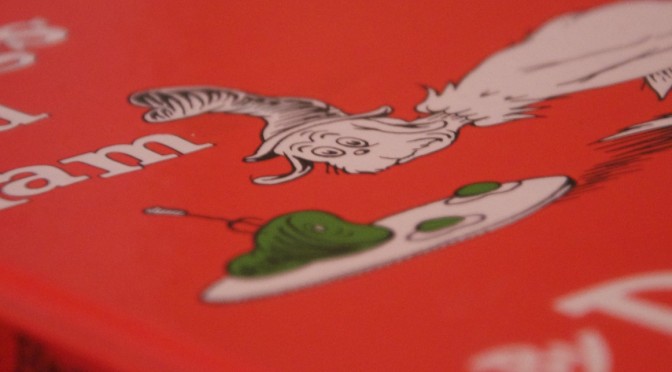 Sometimes, in a professional setting, we can see a need for change, we can even provide evidence, but we can’t get other people to see it like we do. There’s one time, however, in a social setting, when most people will agree on the need for change: at the climax of a movie when the hero faces a difficult choice between growing or taking the easy way out.  Can we use techniques from movie-making to be more effective change-makers?

The Story Spline summarises the classical narrative structure. Most stories have a hero. The story starts by introducing us to that hero, their passions and fears, and their world, which may at first be unremarkable. However, at some point (typically 12 minutes into a feature film), their world is changed dramatically. Then, they encounter more and more insurmountable hurdles to return to normality. Finally, they are faced by their fears and a choice: turn their back on everything they’ve learned and return to their comfortable world (boo), or take a risk and make themselves and the world a better place (yay). The story doesn’t end there; hard work remains to be done and there may be more surprises. However, when the choice is made, we know whether it’s right or wrong.

The Story Spline format parallels what we use in agile software development for user stories, elevator pitches, etc. It looks like this:

You could try filling this out for your favourite film.

Putting it to Use

But how do we use this to affect change in a professional setting? Here, I use consulting language, but you could be doing this internally.

Now put this Story Spline on index cards. That keeps each point short, and aids in presentation. Put some blu-tack on the back and make sure they’re in order!

When you meet with the client, tell them you’re going to review the state of the engagement before seeking to make a decision about future direction. Now, start telling the story (and tell it like a story, don’t be shy! throw the phrase “classical narrative structure” in there if you want to establish your serious credentials), sticking the index cards on the wall (or laying them on a table) as you go. This will help prompt you and keep you on track, and serve as a physical reminder of what’s been agreed so far. It’s important to seek the client’s agreement on each card as you stick it up. If they don’t agree, put it to one side (if it’s a disposable progressive complication), or engage in a dialogue about what that card should say. Presuming you reach agreement, and it doesn’t fundamentally break the story, continue in this fashion.

If you get the outcome you want, reassure them with THE MORAL OF THE STORY. You may not get that outcome. No guarantees. If you can’t agree on the back-story, you may want to take a recess and come back to it to improve your chances of getting the “right” outcome.

I have used this technique when consulting – see discussion of effectiveness below, but I’ll use a made-up example here:

THE MORAL OF THE STORY IS that sometimes you have to be prepared to cut your losses and go back to the drawing board.

Note that it takes a bit of work to condense a complex situation into a few lines (I could probably have done this example better!), and each card would carry a lot of context for you and the client, which might not be discernible to the outside observer.

While I’ve only used this once, it very quickly enabled everyone to get on the same page. The novelty of the approach got people’s attention, and the meeting was clearly focussed on resolving the decision at the climax. However, if I’d failed to get agreement on the back-story, we could have been in trouble. Let me know your experiences and thoughts.